Your guide to where to play table tennis in Vancouver 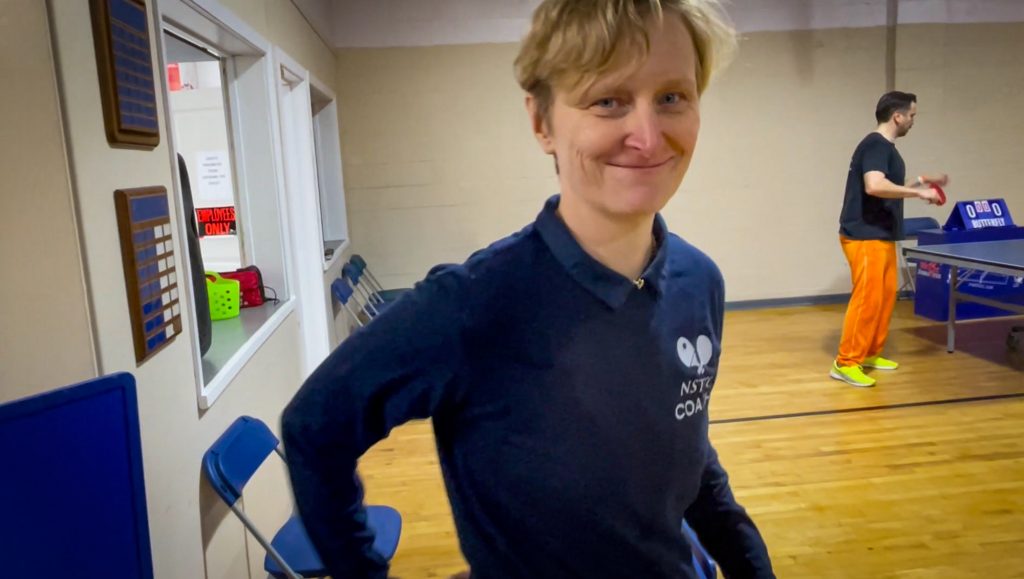 Where other private table tennis clubs we’ve visited cater to members, the North Shore Table Tennis (NSTTC) is the most integrated into the community through affiliations, outreach programs, classes for beginner and intermediate players of all ages, classes and programs for players with Parkinson’s and other disabilities. This an organized table tennis club and operated like a well-conceived business, and the online accolades from many sources are the proof. We’ve awarded the NSTTC twin laurels: Best Organized Club, and Most Inclusive Club

Good-bye Vancouver Parks and Recreation! We’ve moved on to work with the Vancouver School Board, and specifically Windermere Secondary School, to fundraise and help plan Vancouver’s first dedicated outdoor table tennis court. The proposed court has the support of Windermere PE Department Head Brad White, the visionary behind the Windermere Community Fitness Park, phase one of which was completed in July of 2022. In Brad White’s opinion, it was a no-brainer to see that the remaining undeveloped strip of the new fitness park would be a perfect fit for a table tennis court, the first of its kind in Vancouver but common within the big cities of Asia and Europe. 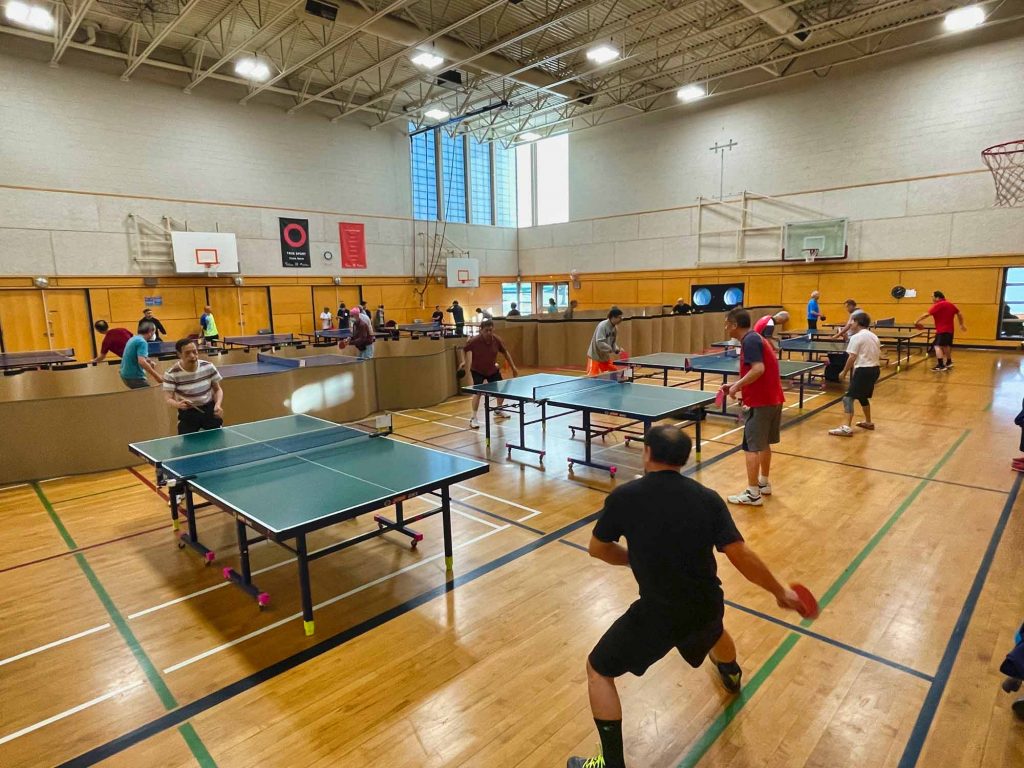 If you are looking for the very best table tennis program Vancouver community centres have to offer, then you have found the right place. Celebrating its 30th year of operating within Killarney Community Centre, the Killarney Table Tennis Club welcomes all ping pong players from beginners to advanced. Killarney’s TT Club is unique among clubs in Vancouver by offering one-on-one coaching sessions with a nationally-certified table tennis coach for beginners to intermediate players. 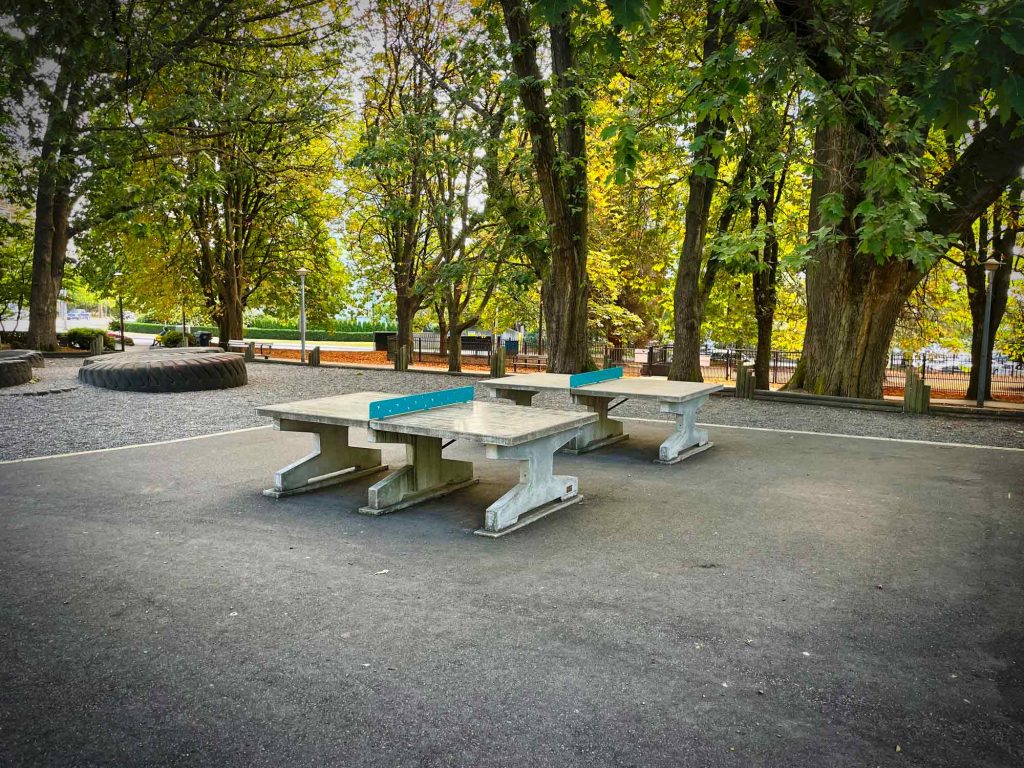 It’s great to see examples outside of Vancouver of table tennis tables safely located within the leafy green confines of parks. This latest discovery is located in Moody Park in New Westminster, and this past September when the Ping Pong In Vancouver crew checked out the two tables nestled under the canopy of big trees, we found a small community of players who meet to play nearly every day. 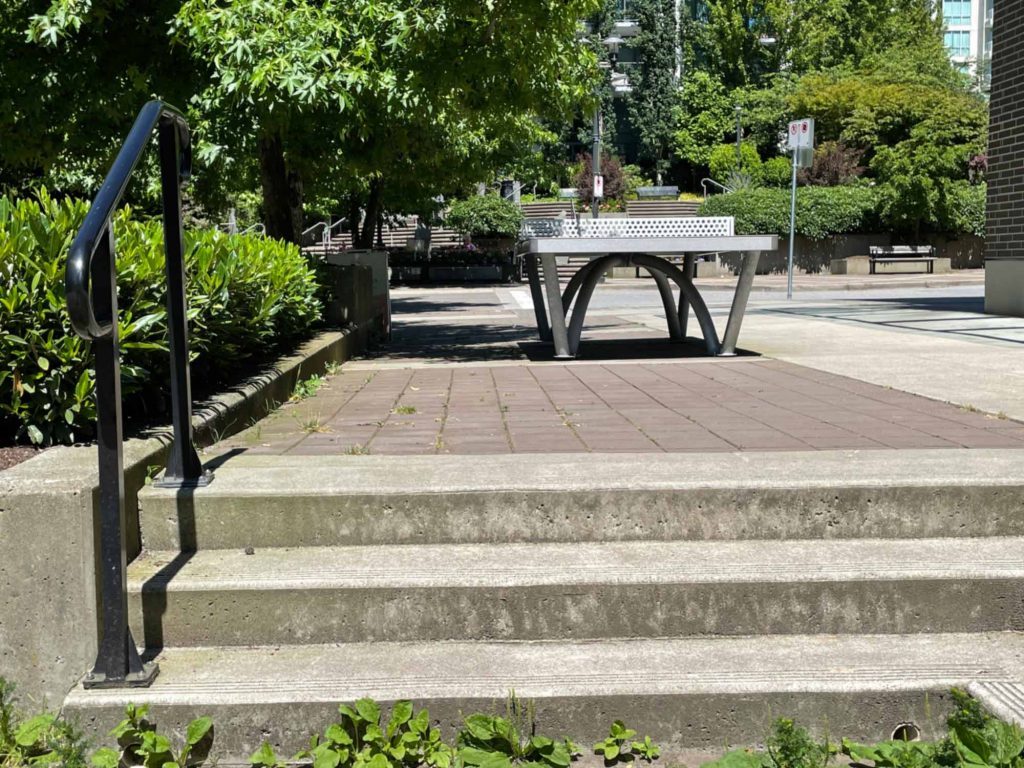 Someone recently contacted PingPongInVancouver.com to tell us about a public outdoor table tennis table in North Vancouver near First and Lonsdale. We don’t normally include tables in municipalities other than Vancouver unless the installation is an example of what was done right (i.e. Edmonds Tables in Burnaby) or what was done wrong. An initial glance of this installation (via Google street view) showed what appeared to be an example of where NOT to put in a public ping pong table. We hopped on our bikes on a fine summer afternoon to see for ourselves what a dangerously placed table looks like… 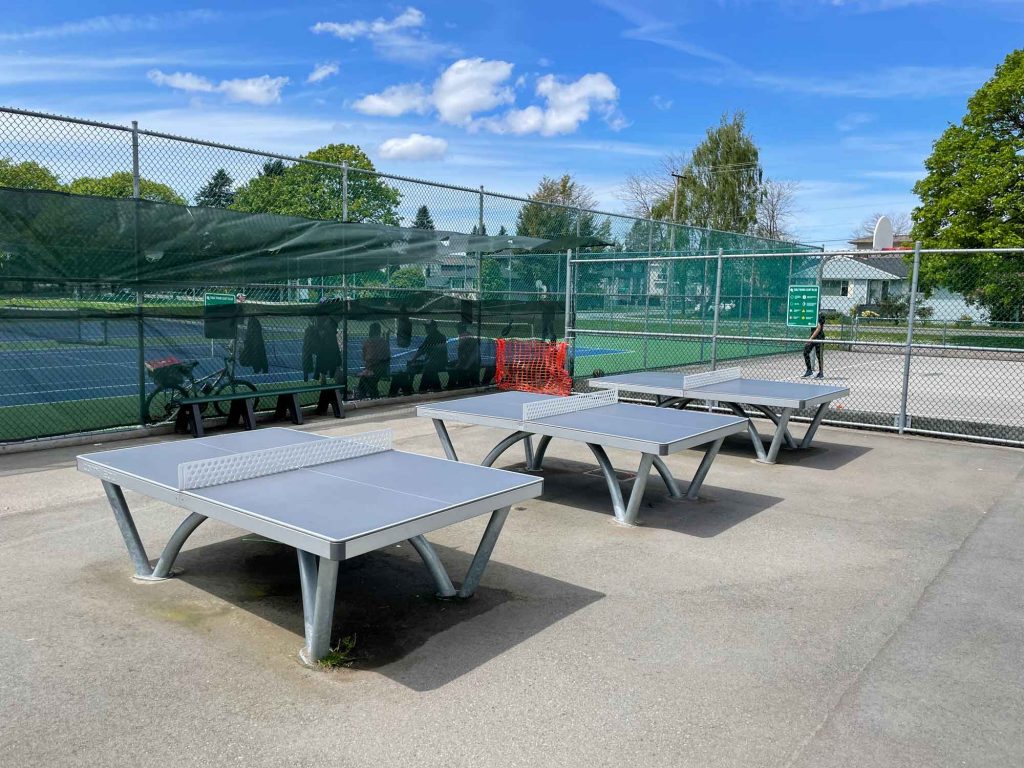 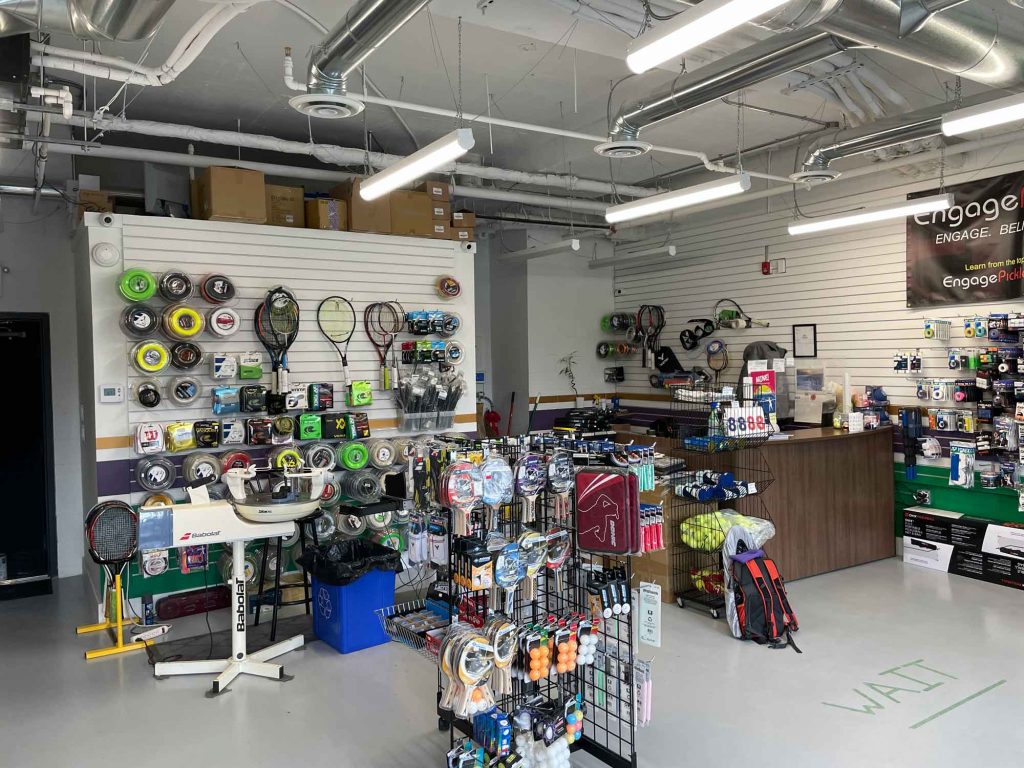 Since the launch of Ping Pong In Vancouver, we’ve searched for a local table tennis gear store we could promote and send readers to who want to buy brand name entry-level ping pong gear at a good price. We contacted all the big players nationally as well as a few local stores, all of whom ignored our offer for free advertising. Too good to be true, we suppose. But we found a tiny gem of a shop at Renfrew Street and First Avenue, and to make things even more auspicious, the shop’s about one mile from the best outdoor ping pong tables in town, Empire Fields. 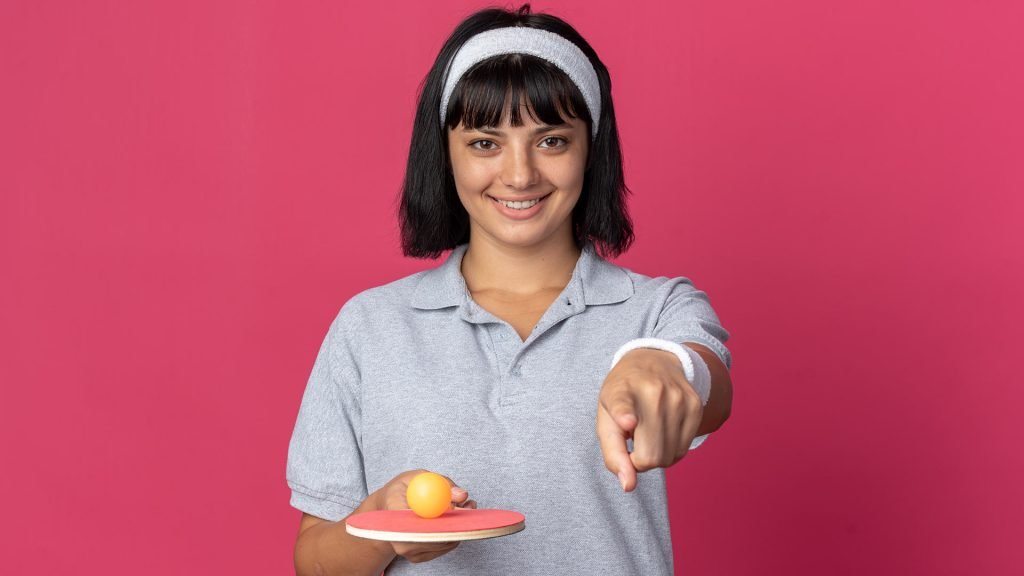 Ping Pong In Vancouver has finally created a players directory, one of the three main goals we set out to accomplish when we launched the website. We list places to play table tennis and we advocate for ping pong infrastructure in Vancouver parks (although all of our efforts so far to connect with Vancouver Parks planners has been completely ignored). Now we connect ping pong players with partners! 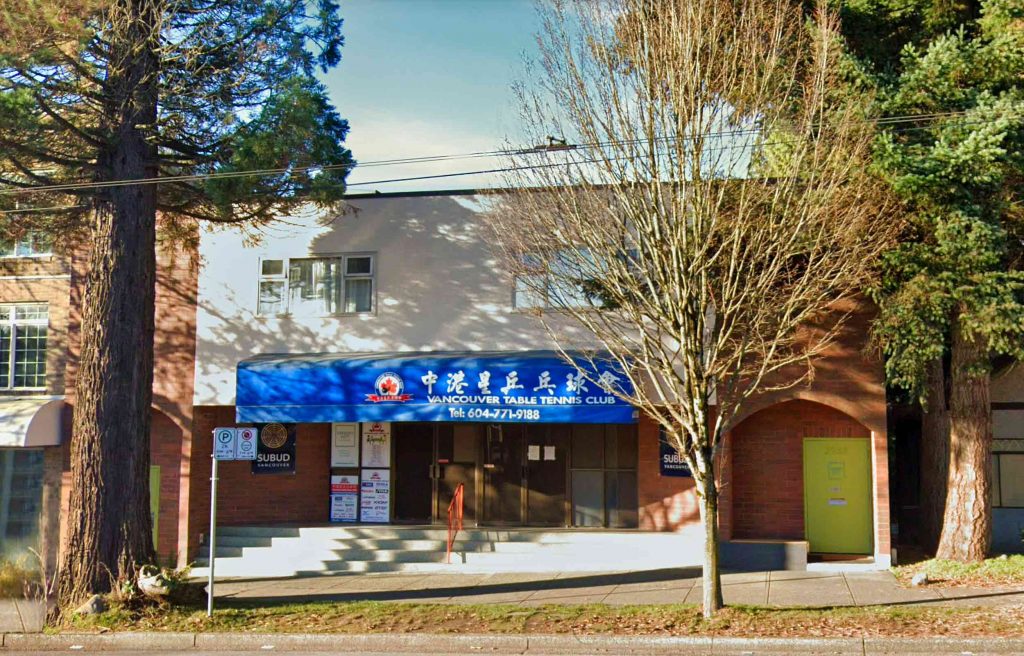 The Vancouver Table Tennis Club (VTTC) bills itself as “one of the best table tennis club in the Greater Vancouver area”. This is an understatement. In terms of the level of play, this is where elite players show their stuff. The VTTC offers high quality tournament-level tables in a comfortable, well-lit playing environment including a wooden gym-style floor. 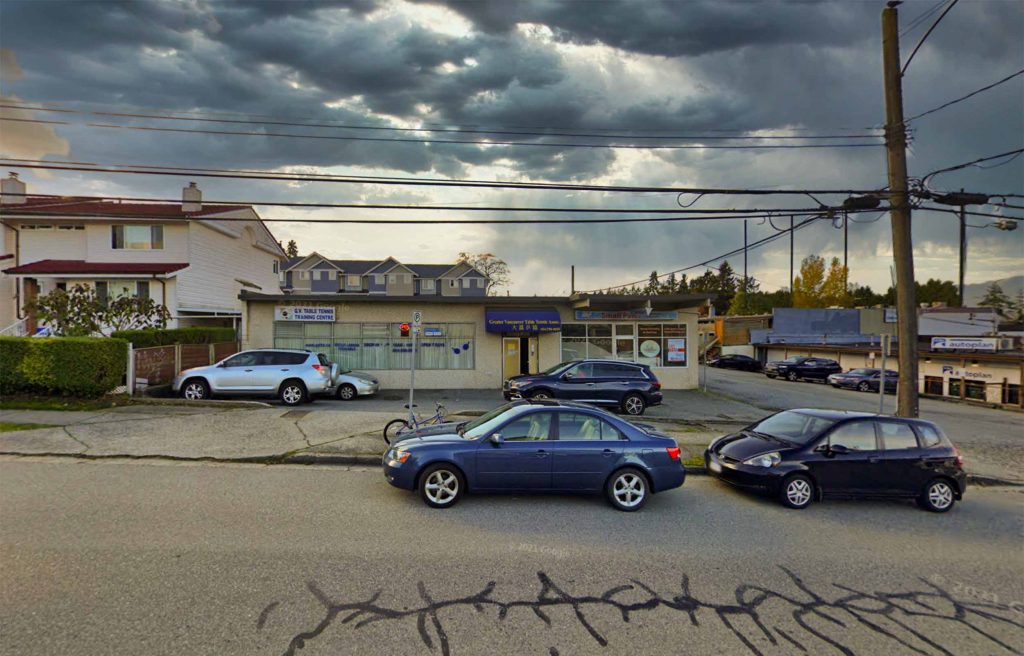 The GVTTC or Greater Vancouver Table Tennis Club is technically in Burnaby but since there are so few clubs in Vancouver, we felt this venue at Hastings Street and Sperling Avenue should be included. The club, founded in 2019 by Wilson Peng Zhang who is also the head coach, bills itself as “Neighbourhood Table Tennis Club” and it seems to be an accurate claim.

Copyright © 2022 | Ping Pong In Vancouver | All Rights Reserved | Designed with